Growing up in Columbia County Rusty graduated from Evans High School and soon after started working for Columbia County in 1999 as a communications officer in 9-1-1.  In 2002 he accepted the position of Deputy Director of Emergency Management in Columbia County until early 2017.  Both of these positions paralleled working in broadcast as an engineer building several studios and transmitter sites as well as performing routine maintenance.  With many certifications and his vast experience in communications, electronics and public safety, Rusty continues to provide emergency management, communications and electronics expertise to those in need as well as volunteering his knowledge to further others in their abilities in the amateur radio hobby.

Rusty enjoys many aspects of amateur radio to include but is not limited to fox hunting, operation footprint, repeater maintenance, field day operations, frequency coordination along with radio programming and standardization. 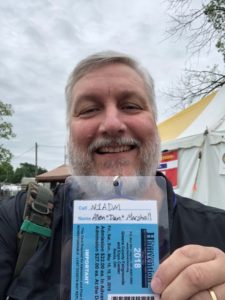 Dan has always been interested in electronics, computers and radios, but did not get his amateur radio license until 2016. He found a ham radio family and home in the Amateur Radio Club of Columbia County, and has served on several club committees. He enjoys all aspects of ham radio, but he especially enjoys DXing on the HF bands.
N4MI’s QRZ page
N4MI’s personal web page Shannon was born in June 1982 and grew up in Grovetown, Georgia where she graduated from Harlem High School in 2000. Shannon graduated in 2001 from Augusta Technical College with horticultural degree. Subsequently, she grew to like the medical field and graduated from Augusta Technical College in 2007 with her CNA (Certified Nursing Assistant) degree and received her CNA license in June of 2008.  Following receiving her CNA license Shannon started working for Georgia War Veterans Nursing Home.

Shannon enjoys kit building, DXing at Field Day events and loves to participate in all types of other amateur radio related activities. 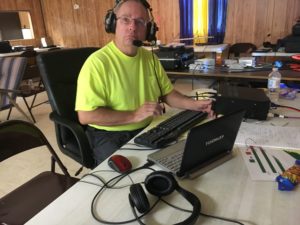 Steve grew up as an Army brat then joined the Army after high school. In addition to several CONUS assignments, he also had overseas assignments in Korea and Panama. While in Panama, he served as the first Army “Contingency Contracting Officer” traveling to various Central and South American countries to provide support to various U.S. Army military and disaster support operations. However, Steve has called Columbia County and Grovetown home for more than 50 years. Steve graduated from Harlem High School in 1969 prior to joining the military.

Steve did not become interested in amateur radio until around 2004 after taking early retirement from the Savannah River Site. He enjoys talking to others about ham radio and especially how it can be incorporated into a family’s emergency management plans. Steve previously served as the club’s Treasurer from 2019 to 2020. 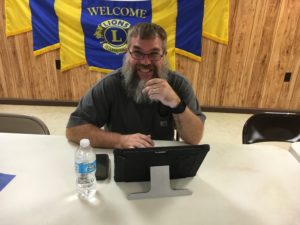